On November 28th 2017 started the first laboratory of the YEA project , it was about the piggy banks.

During time of in-depth study Prof. Forte explained to the boys they would build piggy banks that would be the symbol of savings to put into practice our idea of business.

The boys listened to the explanation carefully and then we started the work.

8 piggy banks were built and students worked in groups of three.

They built the structure through a model card and then decorated the piggy banks with symbols of savings. In the end,  they colored them and they went on to paste all the work.

The activity was followed with great enthusiasm and interest and it lasted about four hours. 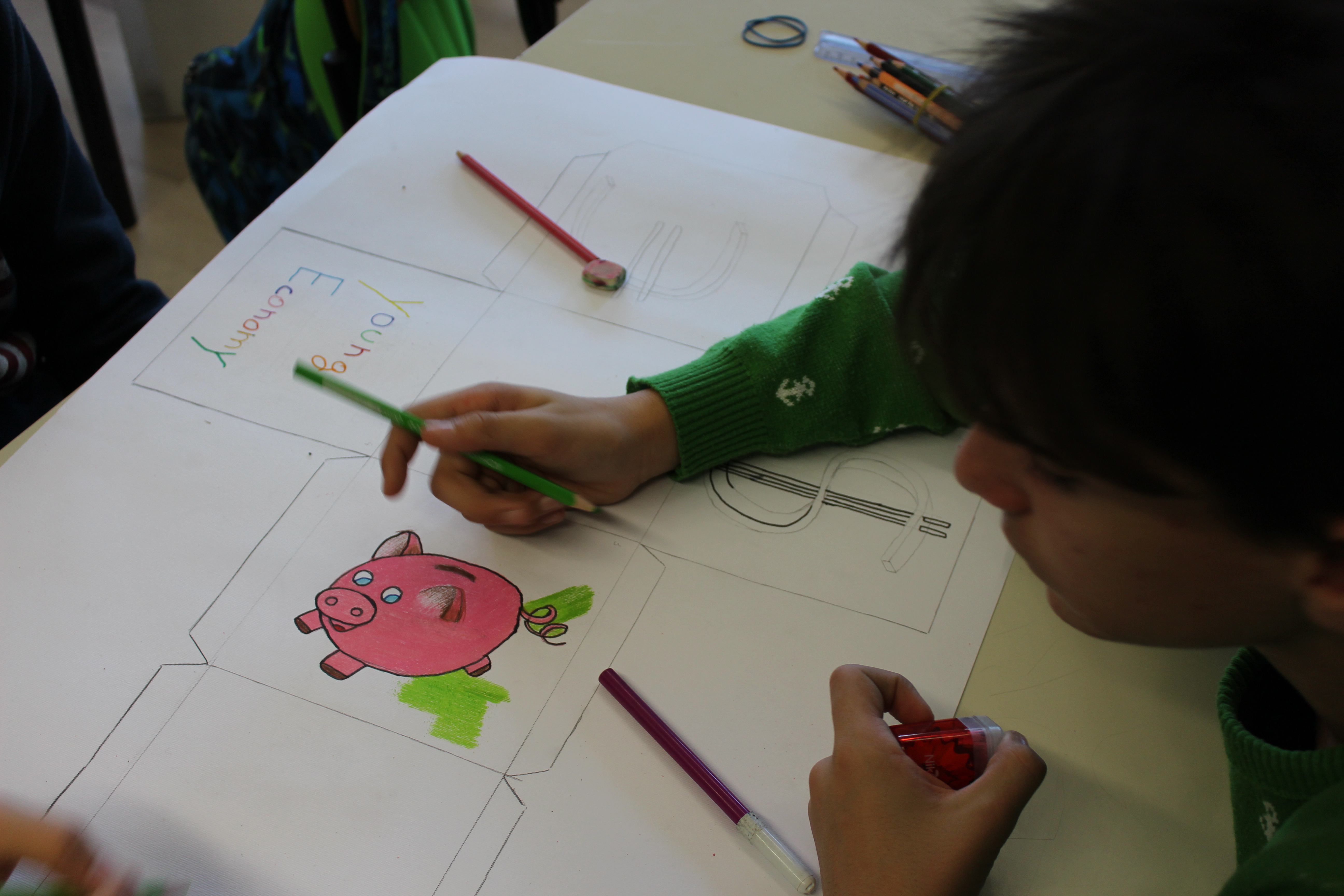